In June 2012, the BUTTAHFLY FX show launched on grassroots Hip Hop station HUSKEYRADIO.com now known as DIGGINDAILY.com.  SHINEHEAD was also an invited guest in September 2012.  From that time, SHINEHEAD parked his crates of vintage vinyl at the BUTTAHFLY FX studio and has been co-hosting as Reggae/Hip Hop selecta, freestyle lyricist, and singer ever since!

Now comrades in Rub Ah Dub arms, SHINEHEAD and DJ PAPALOTL played as guest DJ’s/Selectas for radio programs like DUBLAB.com, DUBSIREN, VP Records, and BREAL.TV.  While maintaining a weekly radio program, SHINEHEAD and DJ PAPALOTL continued respectively to perform.  A year after meeting in August 2013, SHINEHEAD took off to France and Spain to perform at ROTOTOM, Europe’s long-standing SUNPLASH festival and invited DJ PAPALOTL to play on LEGAL SHOT’s champion sound system to introduce Europe to an indigenous female selecta. Surrounded by massive sound systems, SHINEHEAD toyed the notion of making speakers with DJ PAPALOTL, who like SHINEHEAD enjoys listening to recordings of sound system sessions and clashes.

KING RICHARD is a well-known local celebrity who influenced the rise of Reggae clubs around Los Angeles like Jamaica Gold and Dub Club LA, as the original proprietor and promoter of KINGSTON12, the first Reggae venue with DJ’s and live performances in Los Angeles since the 1970’s. His friendship with SHINEHEAD stemmed from an immense knowledge and passion of Reggae Dancehall music.  They both got together on numerous occasions to play music for an audience, to celebrate spirituality with RAS MICHAEL, and to enjoy music during personal time as brothers.  This happened more often towards the end of King Richard’s life, as he was battling cancer which eventually took his life in June 2014.

SHINEHEAD and DJ PAPALOTL were in New York performing and spinning on the MINI-MART REUNION with SCREECHIE DON, TONTO IRIE, and other New York Dancehall greats and introduced the NY Reggae Dancehall massive to DJ PAPALOTL who played primetime.  Both of them were en route back to Los Angeles, when King Richard passed away.  On his deathbed, King Richard told his brothers that he is bequeathing his entire record collection to SHINEHEAD because he deeply believed that “SHINEHEAD will keep the music alive.”

King Richard’s death deeply affected SHINEHEAD, and to honor his life and legacy, he asked KING RICHARD’s family permission to name the soundsystem after KINGSTON12 and added the Hi-Fi to boast of his ambition to build 4 double scoops with 18 inch speaker drivers, inspired by JACK RUBY’s double scoops on his soundsystem.  That was the banner and force that SHINEHEAD and DJ PAPALOTL brought with them in October 2014 performing as KINGSTON12 Hi-Fi on the JAMROCK CRUISE alongside well-known sounds like legendary DAVID RODIGAN, STONE LOVE, MIGHTY CROWN, RENAISSANCE and master producer KING JAMMYs.  SHINEHEAD amazed fans with his singing, spinning, and lyrical prowess alongside KING JAMMY’s and all of the Dancehall massive on the last night of the cruise.

After, SHINEHEAD and DJ PAPALOTL played music as KINGSTON12 Hi-Fi at a celebration of King Richard’s birthday in November 2014, alongside LEROY SIBBLES, original Studio One singer, musician, songwriter, and producer.  LEROY SIBBLES was   the first performer who set foot on the first KINGSTON12 stage show hosted by King Richard.  SHINEHEAD played records and sang on stage with LEROY SIBBLES.

Since that time, SHINEHEAD and DJ PAPALOTL collectively pka KINGSTON12 Hi-Fi have performed locally and internationally for radio, stage shows, and festivals.  In Los Angeles, they opened up for Reggae vocalist RAS SHILOH, where DJ PAPALOTL played SHINEHEAD’s vocal tracks on vinyl to back him.  They smashed New York again in the summer of 2015, spinning and for SHINEHEAD singing on live and internet radio shows and Irish and Chin’s REEEWIND – musical reunion of Reggae deejays, singers, and soundsystems.  They wondered audiences in Europe that same summer, where people couldn’t believe at the depth and hardness of DJ PAPALOTL’s turntablism, while SHINEHEAD sang toe-to-toe with BRIGADIER JERRY, RANKIN JOE, JOSEY WALES, and lyrical newbies like CHARLIE P and ZOOMT.  They have played next to Reggae legends like LEE SCRATCH PERRY in REGGAE SUN SKA in France, and SUPERCAT at REGGAE GEEL in Belgium.

They have also played records in between sets for DAMIAN MARLEY’s CATCH A FIRE TOUR in Los Angeles and Santa Barbara in 2015, and recently opened up for DAMIAN MARLEY’s cannabis dispensary grand opening of STONY HILL in Denver, Colorado, and his ROAD TO STONY HILL TOUR in Boulder, Colorado, at the Roxy in Hollywood, California, and the EMERALD CUP.  They played Rocksteady and Ska to a Punk Rock audience on FLOGGIN MOLLY’s SALTY DOG CRUISE to the Bahamas with bands like FISHBONE, participated in Irish and Chin’s first SOUND FEST VIBES in the PARK in Queens, New York, exhibiting power sounds where DJ PAPALOTL was the only female selecta, and did a 3 city tour alongside MIGHTY CROWN in Japan wowing audiences with their foundation music, exclusive dubplates, and 90's juggling.  Both have wowed New York by opening up for Sister Nancy and touring with Reggae producers King Jammy's in England and Black Scorpio in the tri-state area, respectively.

Of course, you can catch them guest dj’ing at Reggae clubs, events, and festivals in and out of California, and all of this while at the same time, playing LIVE out of their KGN12 STUDIO that livestreams weekly on kingston12hifi.com as KINGSTON12tv. 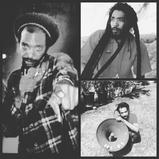